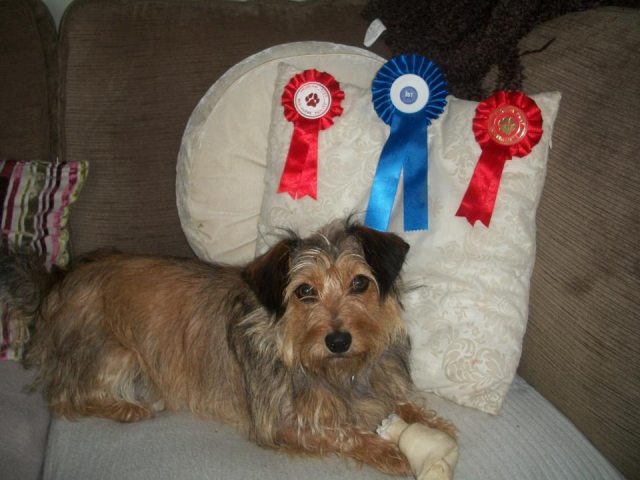 Before the class Joanne spoke to me in detail about what the class would entail and how to prepare Rolo for the class. The class itself took place in Ravensdale Equestrian Centre which was a great place as it was safe and secure with plenty of room for everyone. The classes were small, 6 dogs, and well organised. The equipment provided was great and gave Rolo a real challenge, which she relished. Each week the dogs were able to build on what they had learned previously and by the end it was great to see how confident they had all become. As well as learning how to use the agility equipment Rolo also had a great time socialising with the other dogs. She also learned a few manners along the way which was much appreciated!

As a result of the Agility I have noticed a huge improvement in both her behaviour as she now understands how to listen to me and her affection towards me – it has been a great bonding process.

I would really encourage any dog owner to try the Agility Class as it is so worthwhile and beneficial for both owner and dog.