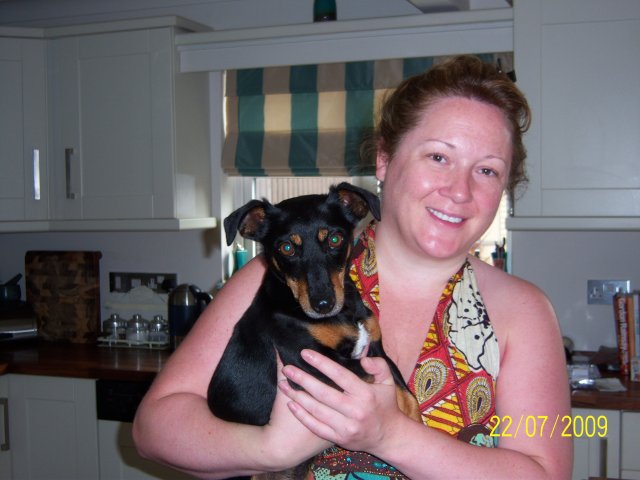 My Jack Russell Terrior ‘Jack’ was behaving very badly at the time of contact with Joanne – biting me and my friends, he was also very dangerous around children. Jack had no manners and wouldn’t do what was asked of him. He would growl if anyone except me took him off the couch and was generally a very bold and strong willed Dog.

When Joanne arrived she asked me to fill in a questionnaire which outlined the feeding and exercising routine which Jack was experiencing. She then examined his living quarters and assessed if everything in his living environment was satisfactory.

After no more than 20 minutes working with Jack in my House, Joanne taught Jack the commands to ‘Sit’, ‘Stay’ and ‘Wait for food’. It was truly unbelievable that Joanne could correct his bad behavioural habits so soon. She is a gifted dog trainer and behaviourist and I just wish I had asked her to train Jack when he was a puppy then I wouldn’t have had so many problems with him in later life.

I would recommend Joanne to anyone who wishes to ensure that their ‘best friend’ is always well behaved and a joy to own.