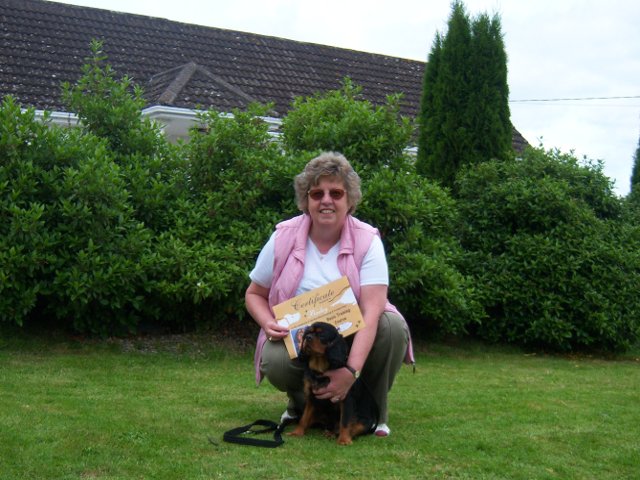 I have a beautiful Cavalier King Charles called Bailey and he is one year old. He did not have any bad behavioural traits but needed guidance to curve is enthusiasm for life, hence we joined the July 2010 class with Joanne at Problem Paws. Note that I say we went as I needed to be trained as much as Bailey did! We attended our first class and what a difference it made. He was under control sat when asked and stayed and waited for his food. The puppy madness had been curbed but we still had a lot of fun.

Second week he learned an important lesson how to lead walk. With instruction we were off and Bailey graduated the best lead walker in the class. We were also given a talk on the health and nutrition of your dog and I found this to be very important. The last week we had a talk on grooming out pets and this was very informative and we also went back over the things we had learned over the weeks.

So Bailey graduated from the Class of July’10 and I was very proud of him and also myself for listening and learning and having fun while doing so. All told it was the best money I spent this year and would advise anyone with the slightest problem that this is the class for you. Thank you Joanne you have made the love we have for each other unconditional.