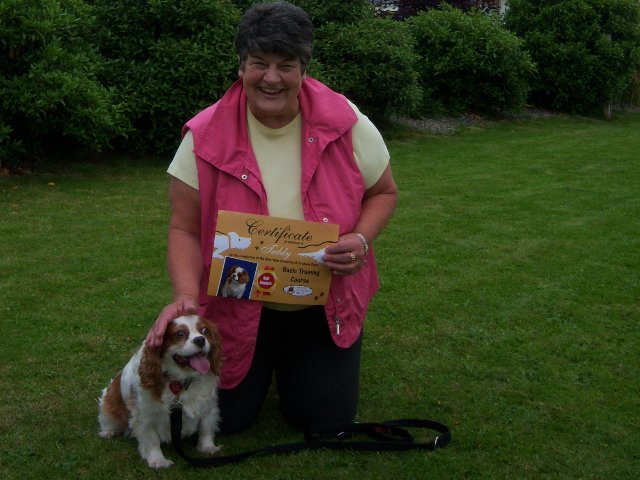 I have a cavalier King Charles called Teddy and he is two & half years old. The old saying that you cant teach an old dog new trick is rubbish. Teddy is a great dog but his excitement can some times get him into trouble. We started the class with Joanne and after just one lesson I had learned where I was making mistakes and blaming Teddy for it. I have learned that if you don’t have control you cannot expect the dog to have it. Although Teddy is a great dog he is much happier now he knows what is expected of him.

We learned a lot about nutrition and health also grooming, which we learned can be a fun thing and not necessarily a task that has to be done. Overall I found the class to be great and Teddy and I have a happier calmer life where we now have time to walk & play. I would recommend this class to anyone who feels they are not getting the best out of their pet and learn to appreciate the pets feelings as well as their own. This you will definitely learn at Joanne’s class.